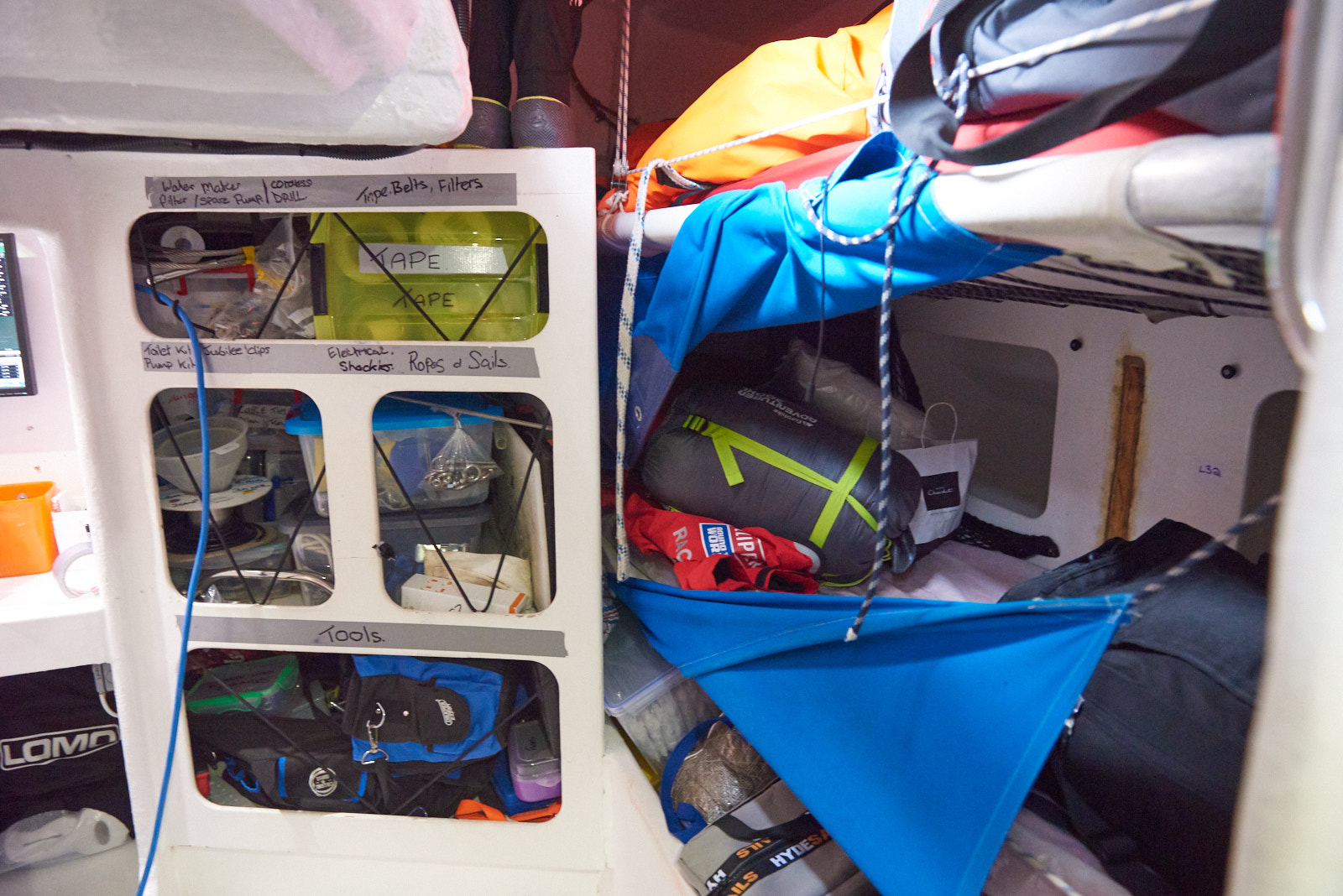 As there is not much to report on the wildlife these days – yes the ocean can also be boring, it is basically a desert made of water and most of the life happens underneath the surface. One small highlight on nature side of things was a little swallow, which visited our boat for a small rest for about 3 minutes, circling the boat before.

Therefore, I give you a little insight in the sleep issues of the crew. These include the usual snoring of some crew members, but that is not really an issue. First, as you might expect, we have to run the generator or engine regularly to have enough electricity. This happens when needed – day or night and is noisy (the engine more than the generator) and as there is always someone trying to sleep (mostly the off-watch crew), there is always someone disturbed.

Secondly, sailing itself is noisy – yes, very. There is the constant flow of water around the hull and the squeaking and cracking of the boat (really scary sometimes and you can hear the massive forces at work, which seem to try to crack the boat in small pieces, like a dog cracking a dry bone with his jaws). But one gets used to the noises of the boat and the flow of water can have a meditative effect.

What is now really making sleeping an issues is the temperature under deck. We don’t have a thermometer, but I would guess it is well over 30 Celsius down here and in my bunk easily 10 degrees hotter. If you can fall asleep at all it is not a very refreshing sleep and I often wake up sweating and as tired as before, but happy to go on deck where it is cooler.

So last night, I decided to sleep on deck. We have two bean bags and one was free so I put it behind the helm at the aft of the boat and had a refreshing nice sleep under a shiny bright moon. The heaps of activity during that time, didn’t disturb me at all and I was fast and deep asleep for nearly 4h!! That was soooo great and I will probably do that again, but I expect the deck will get more crowded, as others took notice.

On the race, we are now about 50nm from the Doldrum corridor and our tactic this time seems to work. We were going East to avoid a low wind area moving to the west and catch better winds behind it. This morning we could already see that some of the other boats have slowed down and getting affected by lighter winds, while we still have our spinnaker up and sailing at 9 or 10 knots. Now going through the doldrums will be interesting and a tactical game again. We have a few other boats with us on the eastern side. In the end, we have all to go West, but who will have the best winds….? We are currently in fifth position, but I think we have a good chance at a podium finish. Wish us luck and good winds!

P.S. Do you want to know when I’ve published a new post? Sign up to my email alerts to stay up to date!