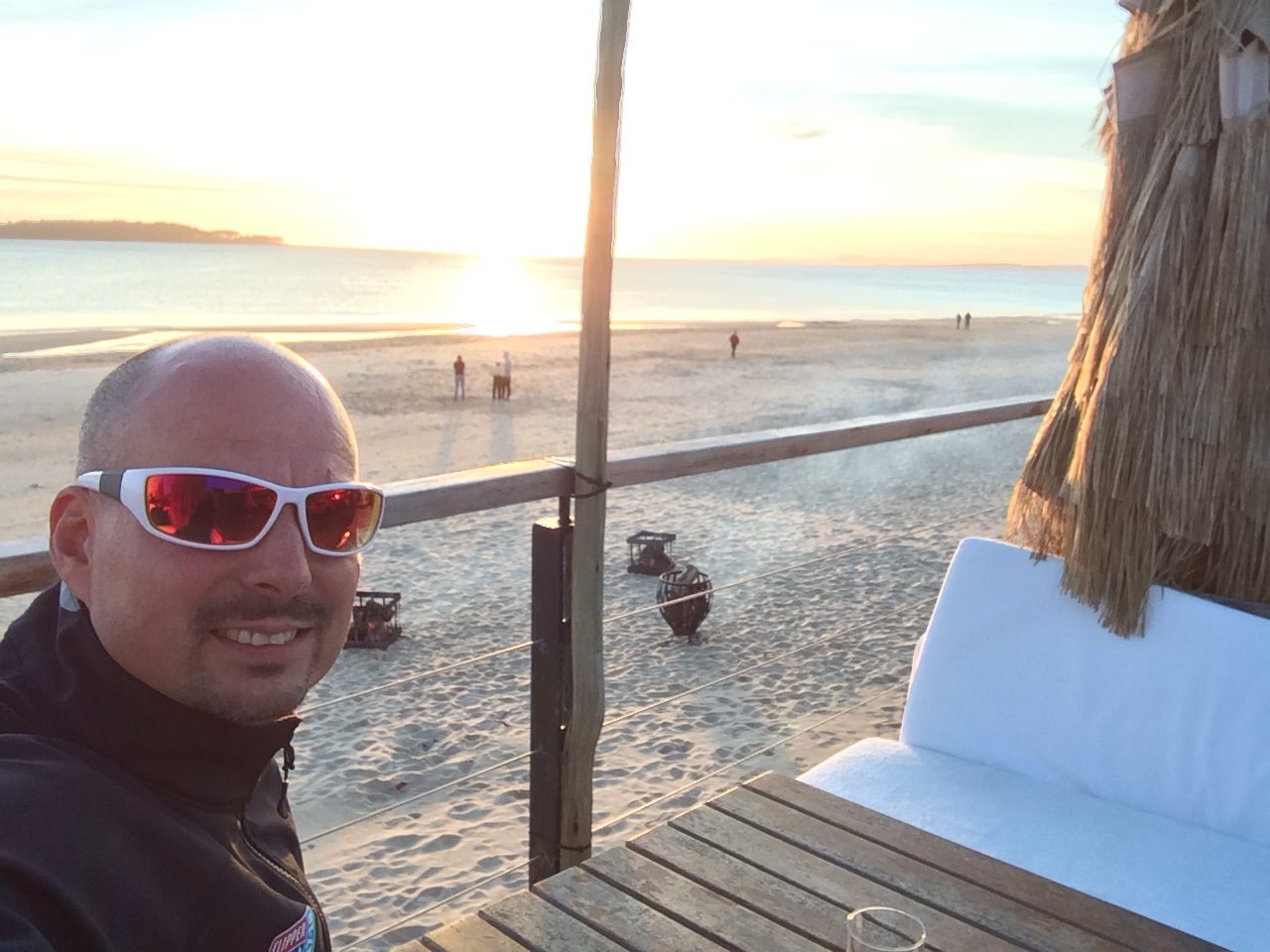 We have left Uruguay already a few days ago, but the first stop over deserves some posts in my blog. Punta del Este is a tourist town in South-East Uruguay. During the season it’s population grows from a few 100k to over 1 million. It is especially popular with Argentinians and Brazilians – so besides Spanish the main language is Portuguese – rather than English.

When we were there is the clear off-season and it felt more like a deserted 60’s tourist town in a now mostly abandoned costal strip in the east of England – the cold weather included. Also included a lot of concrete high rise apartment buildings, with the Charme of lost past architectural ideas. However, while the city itself might not be the most beautiful in South America, it’s people are fabulous – friendly, welcoming and generous.

The food is just amazing – if you like meat! You get probably the best meat (especially beef) in the world in Uruguay and people are rightfully very proud of it.

And I have to admit, besides the reminders of the past in concrete form (but also some ugly new building, like and unfinished Trump Tower – I mean really ?!?) Punta del Este has some beautiful sights, some culture especially arts (like the famous artist Carlos Páez Vilaró, who life’s here), beautiful beaches – probably more amazing in summer, and generally a very beautiful landscape all around – like a mixture of the green of Ireland and the hills and wineries of Tuscany.

So what’s first when you arrive with the boat at 5 in the morning and you step on the pontoon? Right, a beer!! …and from Randy a kiss for the solid ground under his feet (after that he had a beer). Second was a shower (only partly hot, as Adam had made a Turkish steam bath out of the shower room in the 20 min before I decided to first shower and then have breakfast). Third, breakfast – a little steak sandwich …. ah and I forgot the Whiskey, which my Irish team mates put in my hand before I could escape to the shower (remember, this is all still pre breakfast, pre 8am in the morning). This start alone already serves as a good summery of what to come in the next days – lots of meat and lots of drinking!

We received details of the program for our stop over in last days of our long journey from Liverpool and we had a full schedule – even without many repairs to do. Our boat needed some attention. For me that meant besides working on the deep clean, which is the first thing we normally do in port and which was really overdue after 5 weeks at sea, servicing the winches and training some teams of the crew up to do it as well.

Than the great people of Punta have put together a program with one highlight chasing the next. A few of which I will talk about in some following blog posts.

All in all, it was a great stop-over and I want to send a big thank you to the friendly people of Uruguay and Punta del Este – you made this visit a real treat and all the following cities will have a hard time to live up to it. With the sausages we had for lunch yesterday (which I had the honour to cook), the spirit of the Uruguay lived-on on CV23/Hotelplanner.com on the way to the next meaty stop-over in Cape Town…